Midnight Oil have announced their new album “Resist” and their FINAL EVER concert tour which will stop right here on Saturday 9 April 2022!

The tour will see them performing classic Midnight Oil songs from across their repertoire while also showcasing some urgent new works. As the title makes abundantly clear, Resist engages with the issues of today, like the lead single “Rising Seas” which tackles the climate crisis in typically uncompromising fashion.

Peter Garrett says, “We hope everyone who hears this album and gets to one of the shows will come away charged up about the planet’s future, saying ‘why stop now?’.

* This event is Licensed All Ages. EVERY patron must have a ticket regardless of age, and under 18 patrons must be accompanied at all times by a responsible adult with their own ticket.

This is a licensed, loud music event, staged over a long time: we recommend that this event is suitable for adults only. 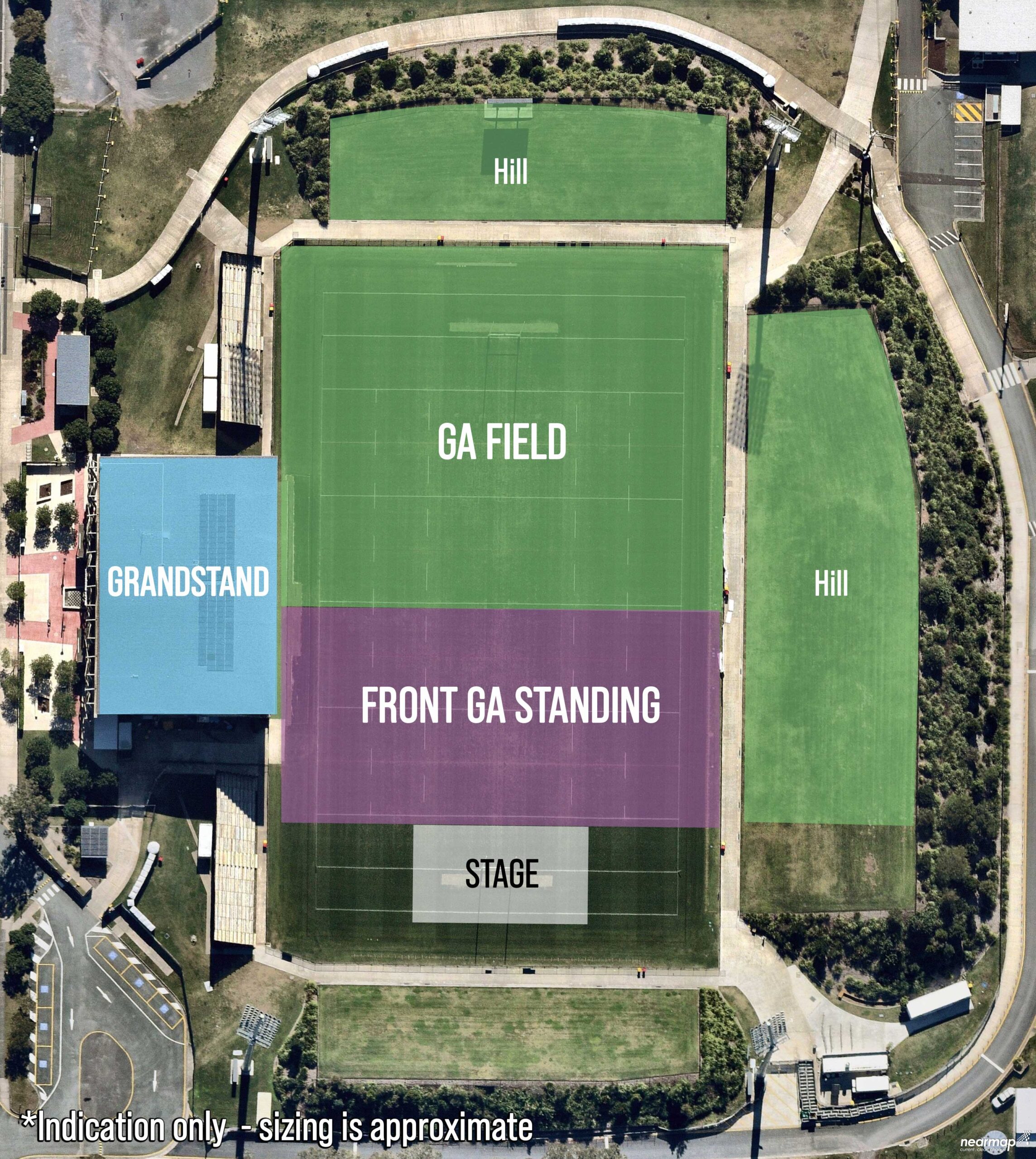 What are the prohibited items?

A prohibited items list and conditions of entry can be found here.

Can I bring in a chair?

No chairs of any type are permitted.

Can I bring a cushion or picnic rug?

Picnic rugs and cushions allowed in GA Field only (not in Front GA Standing).

Why haven't I received my tickets yet?

As an anti-scalping measure, ticket delivery will be suppressed until Fri 21 Jan 2022.